We built a free tool to measure your website's speed and SEO score.
Test now
Home Articles
Back to Articles

The field of web design saw some interesting changes last year, with a heavy trend towards minimalism, user friendliness, and the treatment of a website as something that should work everywhere.

The rise of responsiveness

In April, Google altered their search indexing algorithms to so that any website designed to work equally well on a phone gets ranked higher.

Responsive, mobile-friendly websites aren’t just an afterthought anymore, they are a requirement.

If you’re not a web developer, you may not know it by name, but you’ve definitely seen it before. It’s this little guy:

The hamburger icon has been around for a while, but 2016 saw a surge in its use, which came from a combination of factors:

Google released their “Material Design” guidelines. These were a visual guide for web design and development, and part of the package was - you guessed it - the old hamburger. On that note:

In a move to visually unify their many products and establish their own concept for what design should be, Google released their “Material Design” guidelines, a design language and living document that “synthesizes classic principles of good design with the innovation and possibility of technology and science.” Material uses shadows, grid layouts, transitions, and other depth effects to create a more tactile experience of the web.

Though this process began back in 2014, 2016 saw other brands began to adapt and modify Google’s Material for their own purposes, leading to the styling becoming prevalent across all parts of the web.

We saw a pretty big move towards modular design in 2016.

Rather than seeing a webpage as a whole unit, and breaking down each page to be designed independently from each other, there was a concentrated effort to start seeing sites as more modular, viewing each page as a collection of recyclable blocks that are then arranged together as necessary to form each page.

This sounds like more work, but in reality it’s much less - most pages share elements, so once they’re built once they are simply placed where needed.

With increases in average internet speeds and the trend towards minimalism, full-width hero images began to show themselves much more prominently than ever before. These work really well in the right contexts - after all, websites are all about delivering information, and the right hero image can be worth a thousand words. 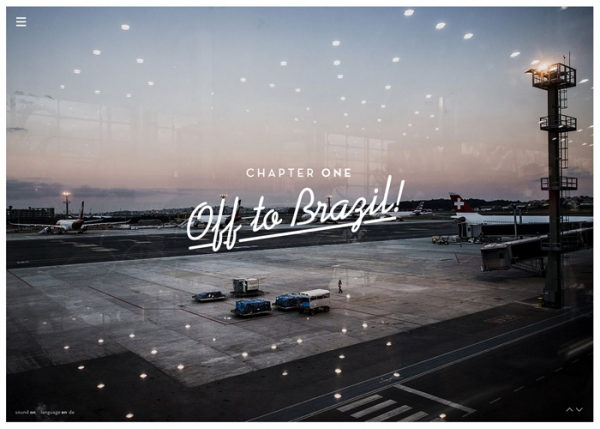 This website's image occupies the entire screen, allowing the user to experience it before scrolling down to the actual content.

So that covers some of the biggest design trends we saw last year. Let's see what happens this year...